Julian was first arrested in the UK on December 7 in 2010 and currently languishes in Belmarsh maximum security prison in London. He is awaiting a January 4 decision on his extradition to the US, where he has been charged with activities that journalists undertake every day.

If the US government has its way, national security journalism will be defined as “espionage”, the First Amendment will be fatally wounded, and any journalist in the world will be at threat of extradition to the US and prosecution for exposing state crimes.

These infographics are free to share and post. In the lead up to the British judge’s decision on extradition on January 4, the story of a decade of publishing and arbitrary detention will unfold. Please share it widely!

Revisiting a decade of the persecution of Julian Assange. Persecuted and prosecuted for daring to use the liberatory potential of the web to expose the crimes of empire on a whole new scale. 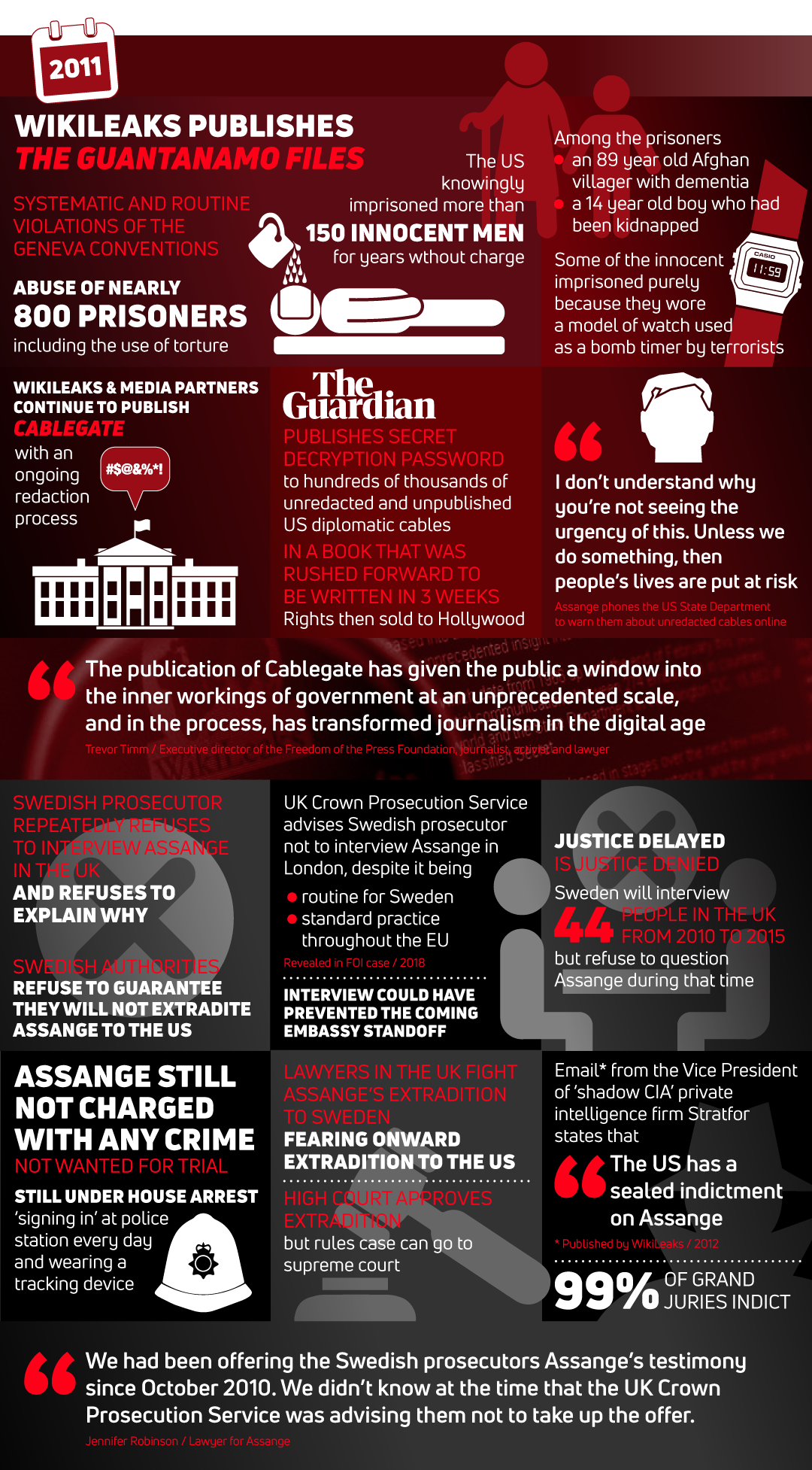 Check out the UK Don’t Extradite Assange campaign, and the US Assange Defense Committee. Your rights are at risk.

Shop at the official WikiLeaks shop.